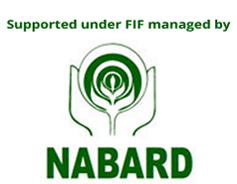 (i) Any person competent to contract and satisfactorily introduced to the Bank may open an account in his/her own name. He/She may not open more than one such account. Accounts may be opened in the names of two or more persons and may be made payable to :

(b) any one or more of the survivors.

(c) either or anyone or more of them or the survivors jointly, or survivor.

(iii) Accounts can be opened by minors of 14 years and above, if able to read and write, in their sole names.

(ii) Each applicant will be required to sign a declaration to the effect that he has read and accepted Current Account Rules. A copy of the rules is displayed on the Notice Board.

(iii) A recent passport size photograph of every accountholder, proprietor / partners / Directors of the company / office-bearers / trustees and other officials authorized to operate upon the account, is required to be given to the bank.

(iv) The account is to be introduced by an existing current/cash credit accountholder having minimum six months old satisfactorily & actively conducted KYC Complied account with the Bank.,

(i) Any person competent to contract and satisfactorily introduced to the Bank may open an account in his/her own name. He/She may not open more than one such account. Accounts may be opened in the names of two or more persons and may be made payable to:

(b) any one or more of the survivors,

(c) either or anyone or more of them or the survivors jointly, or survivor.

(d) 'former or survivor 'or' latter or survivor', subject to the condition that the second/first named account holder respectively, will be entitled to the balance lying in the account only on the death of the former/latter account holder.

(ii) A savings bank account may be opened in the single name of a minor and may be operated upon by minor, if he/she has completed the age of-10-years and is able to read and write. Maximum balance to the credit of such account should not exceed at any time Rs.1,00,000/-.For accounts of minors above-14-years,there is no limit to maximum balance.

(iii) A savings bank account may be opened in the name of minor jointly with his/her natural guardian i.e. father or guardian i.e. mother or both.

(iv) An account can be opened in the name of club, society, provident fund and trust, provided they are duly constituted and subject to satisfaction of conditions stipulated by Reserve Bank of India/the bank from, time to time.

(v) As per RBI directive and subject to their prior approval, accounts can be opened in the names of specified institutions/agencies, if they are registered under the Societies Registration Act or Companies exempted from using the words 'Ltd. 'or 'Pvt Ltd. 'as part of their names as per the Companies Act.1956 and those working for socially desirable purposes and serving weaker sections of the society and those exempted from paying Income tax under Income Tax Act 1961.

(vi) Further, as per RBI directives, Savings Bank account can also be opened in the name of Government Departments / bodies / agencies in respect of grants / subsidies released for implementation of various programmes / schemes sponsored by Central / State Government. Bank should also keep on their record a copy of the authorization issued by the respective Government departments.,

(i) Application to open an account must be made in Bank's prescribed account opening form. It should be made, in person, in the presence of Bank’s authorized officer and the applicant must fill in all the columns of the application form. Each applicant will be required to sign a declaration to the effect that he has read and accepted the Savings Bank Rules.

(iii) At the discretion of the Bank, illiterate persons are allowed to open accounts jointly with persons who are literate or illiterate and closely related to them, to be operated upon jointly.,

(iv) No cheque book facility will be extended in the single or joint savings bank account of the illiterate depositors.

(v) Every account holder should submit copies of his/her recent passport size photograph at the time of opening an account.

(b) The account of the introducer should have been satisfactorily and actively conducted.

(c) The account of the introducer should be KYC compliant. It means the proposed introducer has complied with the KYC requirement in respect of the account maintained with the Bank.

In the event of withdrawal of introduction by the introducer, the Bank shall be entitled at its sole discretion to suspend the operation in the account immediately, without prior intimation to the depositor and it will be in order for the Bank to return / dishonour the cheques, if any, drawn on account, closing of account, without being liable for the same.

All time deposit accounts shall be properly introduced. For all subsequent deposit, a simple Application-cum-Deposit slip is to be filled.

2) Period and minimum amount of different types of deposits

At present, the minimum period for a term deposit shall be 7 days for deposit amount ofRs.100/- lacs and above & minimum 15 days for amounts less than Rs.100/- lacs.

In special cases, say, under the order of a court or where interest of a minor is involved and in the case of institutions, government undertakings, corporate bodies to meet their special needs like creation of sinking fund/amortisation fund etc. or for individuals for any of their special needs by way of accounts opened under special recurring/cumulative deposit scheme, the deposit may be accepted for periods over 10 years. However, the period of deposit should not exceed 20 years.

The minimum amount accepted for fixed/short deposit is Rs.1,000/- for a period of 15 days and above and minimum of Rs.100/- lacs and above for a minimum period of 7 days.

4) Additional documents/forms to be obtained

PAN/GIR number or Form 60 /61. Other documents as per KYC norms.

Recurring Deposit A/c
A Recurring Deposit A/c can be opened with a certain initial deposit wherein a Depositor needs to deposit money by way of monthly installments over stipulated period. The period may be 12, 24, 36, 48, 60 month etc. On the expiry of the period, the accumulated amount along with interest is paid in lump sum. All individuals, jointly with others minors, blind/illiterate person etc. can open the A/c. Rate of interest on Recurring Deposits for various period will be the rate applicable on term deposit for that period. Minimum monthly installment- Minimum monthly installment of the A/c is Rs.100/- Maximum period is 10 years. The intending customer should fill in A/c opening form with complete particulars such as parentage, occupation, address etc. Two passport size photographs are required to be affixed along with furnishing of residence proof such as copies of ration card, Voter card, Passport, Telephone/Electricity bill etc. and PAN or Form No.60. The account is required to be introduce properly by the existing A/c holder of the bank of any person know to the bank. For the opening of the account in the bank the KYC submission by the customer is mandatory. On the expiry of the stipulated period, accumulated amount is paid to the customer
Locker A/c

Storing too much jewellery and valuables in the house at times becomes a security issue and an impediment in case of natural calamities.

Bank offers you, a safe, trustworthy space to store your valuables, jewellery, documents and other things dear to you.

Available in different sizes as per your requirement.

These Lockers and their contents can be nominated to people near and dear to you.